Biologicals for fruits in Moldova

The primary means of biological control of pests.

Trichogramma effective against pests that are hidden way of life, because the chemicals are ineffective against them. It is produced in biological laboratories on the eggs of natural kinds of insects, mainly on the number of eggs of the grain moth. Trichogramma is developing in the midst of her eggs infected insects. A parasitic way of life are only the larvae and adults feed on nectar.

Trichogramma used in these periods:

Second, against the European corn borer, cotton and other leaf - eating scoop on maize, sunflower, hemp, millet with about 2 decade of June - July 3, ten days depending on the region;

Third, against the second (third) generation leafeating and noctuid scoop on the area under the crop of winter crops, approximately begin with II August.
Against each generation of the pest spend two or three issues with the interval of 5 - 7 days, and in case of release of different ages (diapaziruyuschey) Trichogramma - 1 - 2 release after 10 - 12 days. The beginning of release of Trichogramma is carried out in the beginning of oviposition, subsequent to the period of mass lay pest.
Conditions of application of the rule:
The optimum conditions for the development of Trichogramma: 18 - 26 C Temperature of heat, relative humidity (70 ± 10)% .
Revival of Trichogramma produced manually or diseased grain moth eggs for 12 - 24 hours prior to the revival of adults.
In adults Trichogramma phase discharged from 7 to 11 o'clock in the morning or evening, 16 to 20 manually. Per hectare its v'50 feature points using paper lumps,
Not revived Trichogramma (Trichogramma the affected grain moth eggs) can be produced at any time of the day by air way.

On average, single application rate of Trichogramma is 50 - 100 thousand individuals per hectare.

Trichogramma belongs to the family Trihogramatid (Trichogrammatidac) number of Hymenoptera that parasitize on the eggs of many pests - winter, cabbage, oklichnoy, cotton, pea, vegetable garden and a number of noctuid and leaf - scoop, corn, meadow and American butterflies Belanov, plodozhorok, leaf rollers , beetles, sunflower moth, various kinds of moths and other insects - more than 160 species of herbivores.

Body length 0. 4 - 0. 9 mm. Trichogramma developed in the middle of it infected eggs of harmful insects. Parasitic way of life are only the larvae and adult insects in nature feed on the nectar of flowers with dew. Trichogramma eggs infected within a few days become a characteristic black color, with a bluish tinge. The parasite (Trichogramma) turns into a pupa in mid zhivitelya eggs. Reformed from pupae adults they form through holes in the egg shell extend outwardly. Characteristically, the females spawn mature. Mating Ttrihogrammy passes immediately after it emerges from the egg zhivitelya. Then oviphages again begins to infect eggs zhivitelya.

On the first day of life, the female lays the greatest number of eggs. Lifespan adult was dependent on temperature and humidity: decreases with increasing temperature and decrease in humidity. Development Trichogramma lasts on average from 8 to 50 days.

The lower threshold of development is + 10 0 C. In the conditions of Moldova is developing to nine generations of the parasite. However Trichogramma development cycle does not coincide with the cycle of its major zhiviteley, so a large part of Trichogramma wintered in April, he finds pest eggs, and egg - laying age which occurs later. The priority is to replenish the amount of biological laboratory Trichogramma - settling on agricultural crops. Release of Trichogramma is carried out in two or three steps:
- at the beginning of the laying of pests;
- with the onset of mass lay.

Estimated timing and application rates of Trichogramma against major pests:

· Against winter and other noctuid scoop:

· Against the sunflower moth

Applications Trichogramma together three terms revival keeps safe the crops throughout the laying period pests. This allows professionals to agricultural enterprises choose avia veneseniya multiplicity and back to normal.

Soroca Production biolaboratoriya is able to offer services to aviation and to provide methodological assistance on entering. 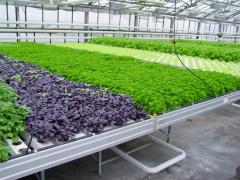 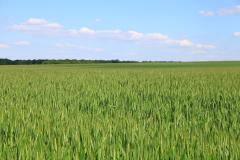 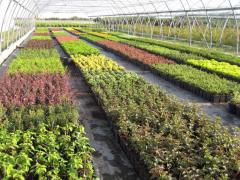 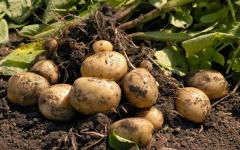 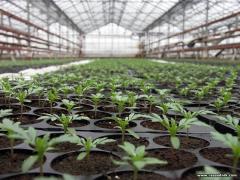 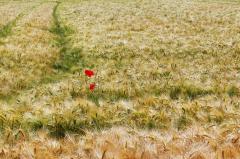 Biologicals for fruits in Moldova in other languages